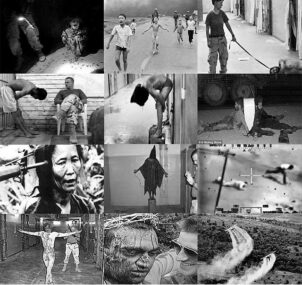 The US has flown nuclear-capable B-52 bombers over the Gulf several times in the past month and on Monday reversed its decision to get a Navy aircraft carrier out of the region for what it said was because of renewed threats by Iranian officials.

Iran, on the other hand, has warned that hawks in the US and Israel may be trying to start a war in Trump’s remaining days in office.

Republicans and Democrats alike used “color revolutions” as a political weapon for years, preaching democracy even as their astroturfed coups snuffed out any vestiges of it that might have developed organically.

Over the past year, they’ve done so at home as well, using Covid-19 lockdowns to abolish elementary constitutional rights, culminating with changing the electoral rules to better serve “our democracy,” defined as whatever gets them power.

What did they think people would do when all avenues of airing their grievances were closed off? Meekly submit – or take a page out of the same playbook the politicians and the media spent 20 years celebrating?

Don’t go “but Trump,” either. The supposed Nazi fascist dictator himself ordered National Guard and police to clear out the protesters who sided with him, and protect the establishment that did not.

He’s a real Hitler, right? No matter, expect the media to paint him as such anyway.

Perhaps the US ought to take a long, hard look at its own house before it continues calling out, sanctioning, regime-changing or bombing other countries over their supposed lack of “democracy.”

Maybe actually answer the question Russian President Vladimir Putin asked at the UN back in 2015, addressing the consequences of the ‘Arab Spring’: “Do you realize now what you have done?”

But we all know that’s not going to happen, don’t we?