Lest we forget Israel’s hidden hand. The US is throwing in it’s neocons Elliot Abrams – Rubio – Bolton -Wasserman to lead the regime change…neocons are Israeli firsters and war criminals. [Previously terming themselves “leftists,” and now calling themselves “conservatives,” in actuality neo-cons are neither. Rather, their ideology largely revolves around passionate devotion to Israeli interests.] 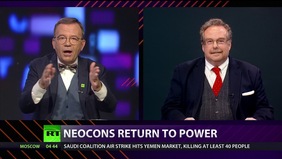 Israel’s financial and military support for these right-wing powers spells nothing good for the people of Latin America.  Today Israel maintains full diplomatic relations with all the countries of Central and South America and the Caribbean region, except Cuba, Bolivia and Venezuela (the latter two severed relations with Israel in 2009). Many Israelis visit Central and South America, particularly young Israelis for whom a visit to these regions is part of a post-army right of passage.

U.S. Push to Oust Venezuela’s Maduro Marks First Shot in Plan to Reshape Latin America
The Trump administration’s broader aim is to gain leverage over Cuba and curb recent inroads in the region by Russia, Iran and China

The plan includes regime change in Venezuela, Nicaragua and eventually Cuba. The removal of any Russian or Chinese interest is another point. It is a multiyear project that has bipartisan support. It will likely require military force. 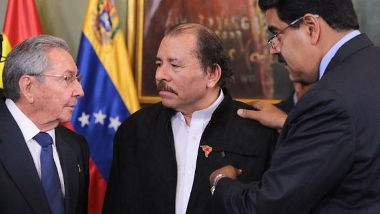 LAGenie Retweeted · ⏳☦#WarIsARacket☦⏳ @For2000years
3 hours ago
From 2014: Israel is stealing our state and trade secrets and the US response is to:

3-continue to give them billions and billions of our dollars.
https://t.co/jLv5zknzZq
View on Twitter
17
0
LAGenie @lagenie24
17 hours ago
Rice, is being mentioned as a possible Biden choice for Vice President, she was one of the architects of the destruction of Libya and the escalation of U.S. military and intelligence operations directed against a non-threatening Syria.🤮 https://t.co/6fG7Fp92zS
View on Twitter

0
0
LAGenie @lagenie24
17 hours ago
Anonymous knocks out Mossad website over israel’s Gaza offensive
The ‘hacktivists’ have already targeted a number of organizations in their mission to stop the genocide.
https://t.co/kDn0qC47DK https://t.co/zRVR1l906J
View on Twitter