im·pe·ri·al·ism.The definition of imperialism is the practice of a larger country or government growing stronger by taking over poorer or weaker countries that have important resources.

Venezuela’s Maduro to Trump: ‘Why would you want a repeat of Vietnam?’ 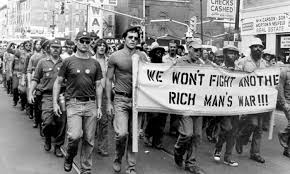 International unity based on popular struggles for emancipation will be the objective to be realized by the Simón Bolívar Institute for Peace and Solidarity, inaugurated this Sunday in connection with the 205th anniversary of the Jamaica Charter. 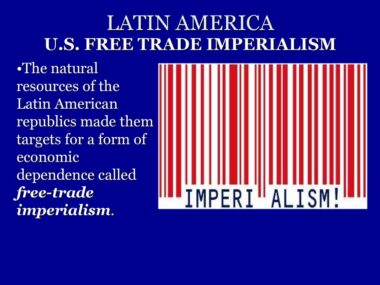 LATIN AMERICA. U.S. FREE TRADE IMPERIALISM. The natural resources of the Latin American republics made them targets for a form of economic dependence called free-trade imperialism.

In a videoconference that summoned the presence of 106 international leaders, he stressed that this solidarity platform will allow the dissemination of the truth of Venezuela in the face of discrediting campaigns that threaten peace and national stability.

“I ask for all the support of the solidarity movements to bring the truth of Venezuela and with the truth win peace, sovereignty, independence and respect for our peoples,” he emphasized.

From the “Antonio José de Sucre” Yellow House, located in Caracas, the Foreign Minister of the Republic, Jorge Arreaza, indicated that the Simón Bolívar Institute will also promote “the solidarity of the peoples with all the struggles”. 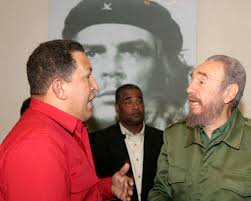 He explained that the first day of debate addressed the validity of the thought of the Liberator Simón Bolívar “at this time of recomposition of the struggles” and of the attempts of capitalism to restore itself in the face of the structural failures that it evidenced in the midst of the Covid-19 pandemic .

In this sense, the vice minister for North America, Carlos Ron, pointed out that “in a world where the capitalist model is exhausted, what remains for us is to go back to our roots of struggle for the peoples and emancipation.”

“We are making a call for solidarity to all the peoples of the world and, at the same time, receiving solidarity in turn because together we will be able to advance and create a new model whose base is solidarity and its most important principle is the construction of peace. ”, He stressed. / Presidential Press.