Virgin Atlantic has changed the name of an in-flight Palestinian meal after social media backlash from pro-Israel supporters. 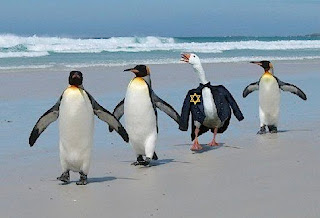 “Being Palestinian means having to watch Israelis constantly pretend they are us.
The worst part of being Palestinian, by far, is watching Israelis steal our stuff.  I don’t mean stealing our land, demolishing homes, and building settlements.  Yeah, all that’s bad.  But I’m talking about the theft of our stuff… our scenery, our architecture, and our history, even our recipes.  Nothing makes me more angry than seeing an Israeli tanning on a Tel Aviv beach, smoking a hookah.”

Virgin Atlantic has changed the name of an in-flight meal after social media backlash from pro-Israel supporters.

The dish – a mix of Maftoul and other couscous, tomatoes and cucumber seasoned with parsley, mint and lemon vinaigrette – was formerly called “Palestinian couscous salad” on the menu.

However, the name has since been changed to “couscous salad” after various complaints. Some social media users threatened to boycott the airline, accusing Virgin of being “terrorist sympathizers”.

Despite the fact that the salad features Maftoul, a traditional Palestinian grain made from bulgur and whole wheat flour, Virgin Atlantic has removed the reference in its in-flight menu.

The airline said in a statement: “Our customers’ experience on board is a key focus and we are constantly refreshing our food offerings on our flights. We recently introduced a Maftoul salad on board our flights. It includes a mix of Maftoul and other couscous, complemented by tomatoes and cucumber and seasoned with parsley, mint and lemon vinaigrette.

“We were aware that Maftoul is not a widely known ingredient – so the dish was listed as a ‘Palestinian couscous salad’, and later as a ‘Couscous salad’. We’d like to reassure all customers that our sole intention was to bring new flavours on board, and never to cause offense through the naming or renaming of the dish.”