If America actually “won,” many of their (well paid) jobs would be superfluous.

A  speechwriter for George W. Bush was memorably ordered to produce “in a sentence or two our best case for going after Iraq.” In other words, he was to make a case for the invasion of that country in the president’s 2002 State of the Union address. At that time, with America’s superpower enemy, the Soviet Union, long gone and the U.S. seemingly unopposed on planet Earth, he somehow found three weak countries — Iraq, Iran, and North Korea — to turn into a World War II-style “axis of evil.” In doing so, he produced this memorable passage for the president:

“States like these, and their terrorist allies, constitute an axis of evil, arming to threaten the peace of the world. By seeking weapons of mass destruction, these regimes pose a grave and growing danger. They could provide these arms to terrorists, giving them the means to match their hatred. They could attack our allies or attempt to blackmail the United States. In any of these cases, the price of indifference would be catastrophic.”

Mission accomplished! No matter that neither Iraq, nor the other two countries were anywhere near having nukes.*

I am sure 9-11 was a joint and combined military operation, using boys who were recruited via A.Q. Khan’s Israeli network in Pakistan and South Africa through Zionists in Hamburg. I believe that certain MI6 British Zionists with the Ian Goodwin-Peter Goodwin-Basil Cardinal Hume Yorkshire network were also involved in funding and recruiting these guys. It was a large and ongoing operation to set up and involved lots of CIA Zionists and lots of funny money.-Kay Griggs

We can’t absorb many casualties, so to minimize them we bomb and obliterate whole villages and towns (think Fallujah), creating a constant supply of new enemies.

America doesn’t “win” its wars, because winning a war is secondary to other goals in our war making. Winning or losing has little immediate consequence for the United States, because the wars we start, Wars of Choice, are not of vital national interest; losing doesn’t mean getting invaded or our cities being destroyed. The following are some of the interests Washington has in not winning, reasons for our unending wars.

2) Continued conflict postpones hard decisions about cutting defense spending such as closing surplus bases, cutting duplicate systems, and focusing on waste. See 16 Ways to Cut Defense. Shakespeare put it well, advising a king to have lots of foreign wars in order to have tranquility at home.

3) Starting wars is the historic way for kings (and presidents) to gain popularity and avoid doing tough domestic reforms for problems that cry out for solutions. War lets them be postponed. Think of George W. Bush winning election on promises to balance the budget, have health care reform, reform our bankrupt social security commitments, tackle the EPA, take on the teachers’ unions, rebuild our crumbling infrastructure, and such. Instead, with war, all those issues were swept aside. He won his re-election by having even bigger deficit warfare/welfare spending and increasing the national debt by trillions.

Chris Hedges: “War is a force that gives us meaning.”

4) Private “contractors” profit from continuing crises. They don’t get paid in peacetime like ordinary soldiers, rather profiting from war, or at least from America having more enemies to guard against. In Iraq and Afghanistan we had hundreds of thousands of them, very well paid (often former military) and now largely in lesser-paid jobs.

5) Washington’s community prospers. Think tank intellectuals get lots of TV exposure and lectures, new funding produces new jobs and government grants and trips to the excitement of battlefields, or at least to comfy headquarters, to study the “enemy.” Congressmen get more TV time; critics can be condemned for hurting the war effort or even aiding the enemy. Everyone feels important. Heritage Foundation interns were recruited to help administer Iraq, and while not every war produces jobs even for interns, money flows everywhere.

6) Cable TV gets more viewers (e.g. more advertising revenue). Instead of interminable, boring coverage of the same old event, think of CNN’s repeated coverage of the disappeared Malaysian airliner for weeks, wars are exciting and gain 24-hour coverage and viewers.

7) Military careers. Our Army and Navy are designed for past wars where soldiers and sailors were mostly identically trained to be able to fill identical slots for fallen comrades or sunken ships. Officer careers were based upon well-rounded experience and commands. Third world wars are different. In nations without a rule of law everything is based upon personal relationships with tribal and military leaders.

The British and Roman empires sent out staffers to spend a lifetime gaining confidences and studying different tribes, religions, and local issues. For America, every officer has dozens behind him wanting to get some “war” experience on their resumes. So officers rarely stay longer than a year on any battlefield posting, barely enough time to learn the area and gain the confidence of local leaders, much less learn their languages. Long, interminable wars allow for many more officers to get “their tickets punched,” as the saying goes.

8) We can’t absorb many casualties, so to minimize them we bomb and obliterate whole villages and towns (think Fallujah), creating a constant supply of new enemies. If winning was really important we would have to absorb many more casualties and station many more troops for many more years to occupy and pacify the conquered (liberated) nations. Instead we just fight on for years without end.

9) Few Americans want to spend lifetimes studying tribes, religions, and customs in obscure, boring, and uncomfortable regions of the world. The British Empire was heavily staffed by poor Scots and Irish who could find few jobs at home. America does not have that problem facing the skilled, educated elites capable of administering far-flung possessions.

10) Our Congress is more concerned with appearances than winning. Political grandstanding, appearing tough, and pandering to local constituencies are the main objectives for most of them. Think of Iran, where no peace agreement acceptable to Iran and our European allies is likely to gain Congressional approval. Another unending war is more likely and could easily expand to blowing up oil and gas resources all over the Persian Gulf.

11) Our internal security establishment, costing hundreds of billions, needs threats. Think of how often the FBI provides fake bombs and weapons to wannabe terrorist young macho males dreaming of acting out their fantasies. Unending wars fulfill this need. If America actually “won,” many of their (well paid) jobs would be superfluous.

12) We are very vulnerable to false flag operations and paid foreign propaganda. Various foreign nations or rebel interests want us to bomb and/or invade their local enemies. Our recent attack on Libya was based on false information, spread by our allies. Saudi Arabia wants us to destroy Iran, Turkey wanted us to attack Assad in Syria, Israeli (and neocon) hawks wanted us to “rip apart” Iraq. Kuwait’s sheiks paid millions for a PR campaign for America to attack Iraq the first time, and so on.

We could “win” if we followed Sun Tzu and learned from history and from the advice of our founding fathers. But, as stated above, we don’t really want to win; too many Americans benefit from unending wars. 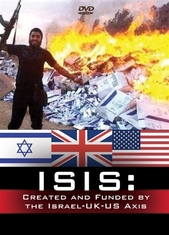 We are not the first empire to confront this problem. However, in the past such unending wars were limited by their costs. But America can always, so far, borrow the money from foreigners. Think though how the Chinese, who have loaned us much of the money, benefit from America eventually weakening itself from continually bashing our heads against religious fanatics, causing the deaths of hundreds of thousands of innocents and making enemies of much of the Muslim world. As Rand Paul commented, it was American war hawks who created ISIS and much of the chaos in the Middle East. Yet we don’t really lose wars either. As retired Marine four-star General Mattis says, America doesn’t lose wars, it just loses interest and withdraws from fighting them.

Ideas to limit Washington’s profligacy of interventions are beginning to break through into the media, though. Fareed Zakaria supported Rand Paul, writing that he was “forcing Republicans and many Democrats to defend what has become a lazy, smug consensus in favor of an ever-expanding national security state.” The very respected Peggy Noonan now writes that “we spend too much on the military which not only adds to our debt, but guarantees that our weapons will be used.” She quotes policy expert Ian Bremmer—“Policy makers will find uses for them to justify their expense which will implicate us in crises that are none of our business.”