The “Jews” ran the camps 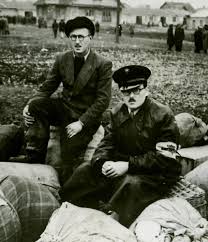 The Zionists were amazingly successful at creating the impression that there was nowhere else for European Jews to go. The Zionists knew that if all the refugees went to America, they would lose their most powerful weapon in bargaining for a state.

But in fact, President Truman and other leaders were making great efforts to resettle the European Jewish refugees in places other than Palestine.

Hollywoodesque propaganda to scare Jews into fleeing to Palestine

It was the Zionists themselves who prevented this from happening and instead put the refugees on ships to Palestine, where most were intercepted by the British.

In December 1945, American and Britain announced the formation of the Anglo-American Committee on Palestine, a committee empowered to “examine political, economic and social conditions in Palestine as they bear upon the problem of Jewish immigration and settlement therein,” and to examine the position of European Jews to see if they wished to go to Palestine or to other countries outside of Europe.(Nazi style) Many of the Zionist members sport Hitler mustaches! They still had not transformed their Nazi identity to “Jewish”. The state was pre-set up by the British, the Zionists only had to bring the Jews and massacre the Arabs with British weapons. They claimed to simply wanted equality with other nations.  They now dominate the world (we Americans should know, we paid for it).

As the committee began its work, President Truman took a step to make it possible for those 226,000 European Jewish refugees to come to America. During the war, the regular immigration quotas for the Nazi-occupied European countries in which Jews lived had barely been used, due to the fear of enemy agents.

Truman asked the State Department to put those unused quotas to use now, allowing 400,000 refugees from Europe into America. However, this required legislation in Congress. 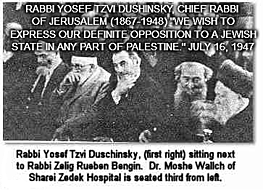 “Chief Rabbi of Jerusalem: “We wish to express our definite opposition to a ” Jewish” state in any part of Palestine.” 1947  The Rabbis of Palestine were defrocked.

The legislation was introduced by Congressman William Stratton in 1947, but did not pass because it failed to get any support from the major Jewish organizations, which were all controlled by the Zionist movement.

The Zionists knew that if all the refugees went to America, they would lose their most powerful weapon in bargaining for a state.

Philip S. Bernstein was a Reform rabbi who served as an advisor to the American army in Germany after the war. In October 1946, he met with Truman and told him that 90% of the Jewish refugees wanted to go only to Palestine. 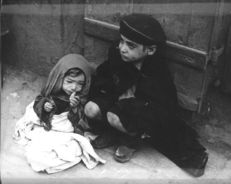 The starvation in the Jewish ghettos is blamed on American Zionists who picketed the depots from where food parcels were being mailed.

Later, in a 1950 article, he admitted that this had been a lie in the interest of Zionism: “By pressing for an exodus of Jews from Europe; by insisting that Jewish DPs did not wish to go to any other country outside Israel; by not participating in the negotiations on behalf of the DPs; and by refraining from a campaign of their own – by all this they (the Zionists) certainly did not help to open the gates of America for Jews.

In fact, they sacrificed the interests of living people – their brothers and sisters who went through a world of pain – to the politics of their own movement.”

Satan is constantly changing his disguise and sending his agents to entrap the Jewish masses in his net, so that they throw the yoke of the Torah off their necks. The names of these agents change every few generations. Today, they are called “Zionists”.- Rabbi Yisroel Hager, Vizhnitzer Rebbe (1860-1936)

Meanwhile, the Anglo-American Committee had published its conclusions in April 1946, calling for 100,000 Jews to be admitted to Palestine, but recommending that Palestine become neither a Jewish state nor an Arab state.

Rather, the Mandate was to continue until the United Nations would execute a trusteeship agreement with Britain as the trustee. Had this plan been accepted, a good part of the refugee problem could have been solved without a Jewish state. 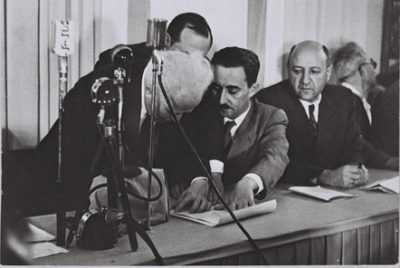 But Zionism opposed the committee’s report and insisted on a Jewish state. The two Zionist terror organizations, Irgun and Stern Gang, turned on the British, while the mainstream Zionists intensified their illegal immigration, challenging the British to stop the ships and send their passengers back to war-torn Europe.

Images of the Jews on those ships were featured prominently in the news and gave Zionism a propaganda victory.

Upon the founding of the state in 1948, most of the young Jewish immigrants, who had never been trained for war, were sent to the battlefields to fight the Arabs; thousands of them died. As the Brisker Rav remarked, “They bring Jews to be killed, and call that the ingathering of the exiles!” (Uvdos Vehanhagos L’veis Brisk v. 4, p. 195)

So no, the state did not bring any benefit to the Jewish survivors of the Holocaust. If not for Zionism, they would have all gone to America and rebuilt their lives.

One thought on “What the Holocaust™ Proves”

LAGenie Retweeted · True Torah Jews @TorahJews
5 hours ago
It's no news that Jews & Muslims lived in peace for 100s of years. Not only were we not enemies, but rather came together as friends.

199
0
LAGenie Retweeted · Abrar Khan @khanabrar643
5 hours ago
"We will not allow the Palestinian lands to be offered to anyone else," Turkish President Recep Tayyip Erdogan said in a video message on Twitter addressed to US Muslims.

https://t.co/ImbLxAIIDg
View on Twitter
42
0
LAGenie Retweeted · Syrian Girl 🇸🇾 @Partisangirl
5 hours ago
Imagine you're a Syrian farmer, you've spent all year painstakingly cultivating your wheat crops. Then spring comes and it's finally harvest time! Then US helicopter drop just one bomb and sets them all on fire. All the hard work to ash. How will you feed your children this year? https://t.co/V4UCoUdFlQ
View on Twitter

4396
0
LAGenie Retweeted · Wayne Madsen @WMRDC
2 days ago
Memo to evangelicals: "Laying of hands doesn't mean the same to Trump as it does to you."
View on Twitter
3
0
LAGenie Retweeted · Angie Skys 8 @AngieSkys
2 days ago
There is an interesting situation in the US. Amid all the China bashing the Department of Justice in the US has become an ally for the Saudi Arabia government against the people in the United States suing for 9/11. The US government is helping Saudi fight Americans in court😎
View on Twitter
41
0
Follow @lagenie24