Israel comes by a plan by which the Rothschild fake Jews create the kingdom of Satan on earth.

On the plight of Arab refugees from the Arab-Israeli war. Dorothy Thompson speaks on the refugee problem. Refugees live in tents in the Gaza Strip, are given blankets and food by Egyptian soldiers, and receive flour from UNICEF. A Lebanese priest conducts services. Refugees work as plumbers, carpenters, tailors, and shoemakers in the city of Jerusalem. Doctors vaccinate refugees against disease. Shows the squalid living conditions in refugee camps, starving children, and emphasizes the hopeless condition of the refugees.*

The Rothschilds typically operate behind the scenes. In the case of Israel, the Rothschilds engineered WWI and waited until 1917 when Britain was in trouble.

The Rothschilds then promised the British Government that they could get the US to enter WWI (on the side of Britain) and thus ensure Britain’s victory over Germany et al.

However, they wanted something in return: Palestine. Thus the Balfour Declaration was created, which is an official letter from the British Government Foreign Secretary James Balfour to Baron Rothschild

It states that: “His Majesty’s government view with favour the establishment in Palestine of a national home for the Jewish people, and will use their best endeavours to facilitate the achievement of this object.” 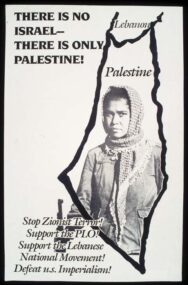 There is a big problem with this. Palestine was never Britain’s to give away.

It rightfully belongs to the Arab and Palestinian people living there.

The Rothschild Zionist Jews came in, took over and forcibly evacuated and killed millions of Palestinians who lived there.

They are still committing genocide to this day.

The creation of the Zionist state Israel was massively unjust right from the start.

Something conceived in iniquity breeds conflict down the road.

It is no exaggeration to say that the founding of Israel itself may be the precursor to WWIII.

Zionist Israel controls the governments of the US, Britain, Canada, France and more – and the Rothschilds control Israel. 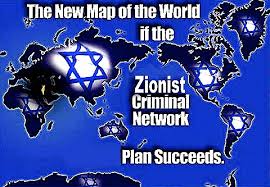 According to Herzls own words written in his diary whilst seeking financial support from the powerhouse banking family of the Rothschilds, “I can only use this… Sinai peninsula, Egyptian Palestine. Cyprus.” Herzl then asked Lord Rothschild “Are you for it?” who in turn grinned and answered “very much.”

From this we quickly learn that it is not the “promised land” Herzl and his affiliates are after but an area, presumably one of geostrategic importance and judging by the money minded Lord Rothschilds response, rich in natural resources.

But what could this of been about then if it is not the “promised land”? According to Colonel Curtis Dall, author of “Israel’s Five Trillion Dollar Secret”, banking firm and son in law of forme US president Franklin D. Roosevelt;
“The well veiled objective of the Zionists backed by the Rothschilds financial interests was to acquire valid title to the Dead sea and its vast, inexhaustible deposits of potash and other valuable minerals, estimated by experts to be worth several thousand billion dollars.”

The root of Zion-Palestine conflict can be traced to the shady dealings of the British imperialists who, in pursuit of victory through different alliances in WW1, both promised the Arabs the land of Palestine (through “Lawrence of Arabia” who was so ashamed of these deliberate lies became suicidal according to his own diary and the McMahon – Hussein agreement) and the Zionists through the Balfour declaration (which is another story in its own right, one that will have enormous ramifications on propagated history).

This is where the roots of the conflict today can be traced. This, however, does not even begin to scratch the surface on the terrorism that has been used on the Palestinian population to remove them from their homeland.
source

43
0
LAGenie Retweeted · Remi Kanazi @Remroum
4 days ago
My father is older than state of Israel. My family was ethnically cleansed long before 1967. Israel is a racist state that was founded on expulsion, village destruction & massacres. It has maintained itself through martial law, apartheid, occupation & bombing campaigns ever since
View on Twitter
491
0
Follow @lagenie24
The true face of "Israel" is one of genocide, ethnic cleansing, land theft, terrorism, human trafficking, racism, torture and supremacism. Anyone who identifies themselves as "pro-Israel" is praising evil.