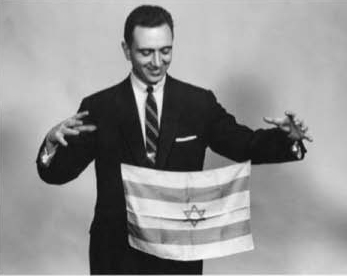 US/Israel are selling lies and illusion. Don’t give them power by believing that the US can move capitals! US moved it’s embassy and that’s the lot of it. The US actually has no jurisdiction outside its own borders and embassies. In 1980, Israel passed the “Jerusalem Law”, stating that “Jerusalem, complete and united, is the capital of Israel”, thereby formalising its annexation of East Jerusalem.

In response, the UN Security Council passed Resolution 478 in 1980, declaring the law “null and void”. The illegal Israeli annexation of East Jerusalem violates several principles under international law, which outlines that an occupying power  does not  have sovereignty in the territory it occupies. The move sparked global condemnation from world leaders. Likewise, the US is the only country in the world so far to recognize Israel’s annexation of Syria’s Golan Heights. Trump’s proclamation of gifting the Golan Heights to Israel isn’t worth the paper it is written on.

Security Council resolution 497:
“Decides that the Israeli decision to impose its laws, jurisdiction and administration in the occupied Syrian Golan Heights is null and void and without international legal effect;
Determines that all legislative and administrative measures and actions taken by Israel, the occupying Power, which have altered or purport to alter the character and status of the Holy City of Jerusalem, and in particular the recent “basic law” on Jerusalem, are null and void and must be rescinded forthwith” 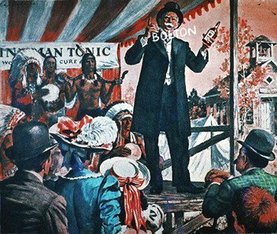 “Jerusalem is the capital of Israel. The Golan Heights belongs to Israel. The Palestinians don’t exist, and if you see one, kill him, he’s a terrorist.”

In what The Guardian called an “excoriating attack” on the International Criminal Court, or ICC, Bolton said, “The United States will use any means necessary to protect our citizens and those of our allies from unjust prosecution by this illegitimate court.”

In calling it “this illegitimate court,” Bolton was referring to the only international venue now in existence for trying alleged war criminals whose countries cannot or will not prosecute them. By “our allies,” Bolton appeared to mean Israel, a supposition Pompeo confirmed last week when he told reporters, “These visa restrictions may also be used to deter ICC efforts to pursue allied personnel, including Israelis.”

And when it came to threats, Bolton didn’t stop there. He also suggestedthat the United States might even arrest ICC officials:

“We will ban its judges and prosecutors from entering the United States. We will sanction their funds in the U.S. financial system, and we will prosecute them in the U.S. criminal system. We will do the same for any company or state that assists an ICC investigation of Americans.”*

International court judge resigns, citing ‘shocking’ interference from ‘above the law’ US 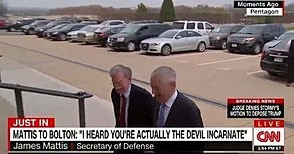 A senior judge has resigned from the UN International Criminal Court (ICC) in The Hague, after the United States threatened judges investigating alleged US war crimes in Afghanistan.

Flügge told German newspaper Zeit that he handed in his resignation after open threats from US officials, including a speech by hawkish national security adviser John Bolton last September, where Bolton “wished death” on the Court. 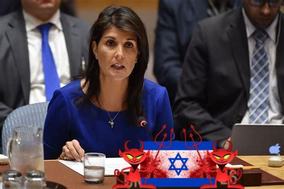 US Ambassador to the United Nations Nikki Haley warns the US will be “taking names” of the countries that vote in favor of a resolution that condemns the Trump administration’s decision to recognize Jerusalem as the capital of Israel.

“If these judges ever interfere in the domestic concerns of the US or investigate an American citizen, he said the American government would do all it could to ensure that these judges would no longer be allowed to travel to the United States – and that they would perhaps even be criminally prosecuted,” Flügge told Zeit, in an interview translated by The Guardian.

“The American security adviser held his speech at a time when The Hague was planning preliminary investigations into American soldiers who had been accused of torturing people in Afghanistan,” Flügge explained. “The American threats against international judges clearly show the new political climate. It is shocking. I had never heard such a threat.”

Bolton’s speech was delivered in September to the conservative Federalist Society in Washington, DC. It came a year after the ICC began investigating claims that at least 61 detained persons in Afghanistan had been tortured by American troops and another 27 by the CIA at secret prisons in Afghanistan and abroad, according to prosecutor Fatou Bensouda.

Bolton called the investigation “utterly unfounded” and “unjustifiable,” and promised to “protect our citizens and those of our allies from unjust prosecution by this illegitimate court.”

The senior US official also vowed to defend Israeli citizens from the court. US “friend and ally” Israel was at the time accused of perpetrating war crimes against Palestinian civilians. He warned that the US would disregard arrest warrants, ban judges and prosecutors from entering the country, and even try them in American courts.

Flügge said his colleagues were “stunned” that “the US would roll out such heavy artillery,” but added “it is consistent with the new American line: ‘We are No 1 and we stand above the law’.”