Industrial killing is no problem for these devilish people playing with the world and the people as toys on a map. 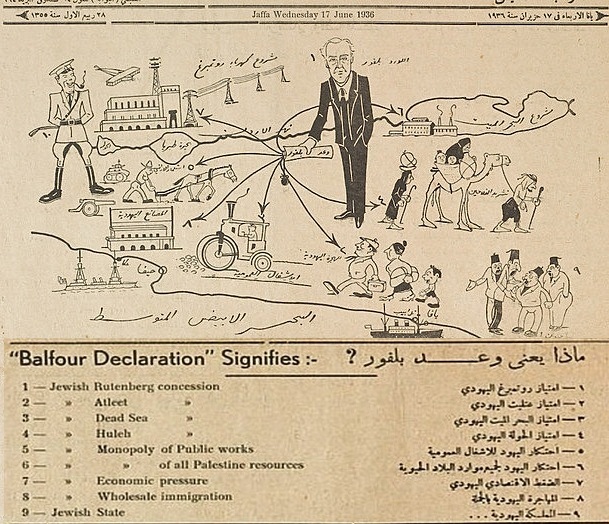 The value of the minerals of the Dead Sea is estimated at five trillion dollars. This estimate appears to be optimistic but it is supported in part by the report of the Crown Agents of the British Colonies entitled “Production of Minerals From the Waters of the Dead Sea“.

It is alleged that all copies of this booklet containing this report have been destroyed except those in the British Museum, Colonial office, and House of Commons.

There can be no reasonable question about the authenticity of the protocols and the fact that they were adopted by World Zionist Jewry and that they represent the plan of the Zionist Jews for creating a World Empire.

The first and second World Wars were for that purpose and so, likewise, was the Jewish invasion of Palestine.

Arthur Balfour (C), former British prime minister, and Chaim Weizmann (3rd-R), the then future first president of Israel, visiting Tel Aviv in 1925 Jacob Rothschild said that a scientist named Chaim Weizmann went to the United Kingdom, where he gave this idea of forming Israel to a select group of people, including the Rothschild family.

Mr. Klein says further that the “American Group,” owners of 51,000 shares of Palestine Potash, Ltd., incorporated in 1930 under the name of “Palestine Associates, Inc.,” and that “at least seven of the directors of this corporation are members of the American Jewish Committee.”

He says that ex-Governor of New York Herbert H. Lehman has been honorary head of Palestine Economic Corporation for many years and that this corporation “owns banks, water companies, land holding companies, hotels, and agricultural corporations in Palestine.”

He says that these facts have been concealed from the Jews and that they have been used as tools by their Zionist leaders.

Henry Morgenthau, Jr. is now at the head of this corporation. 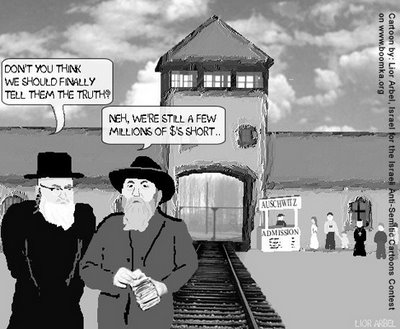 The “Balfour Declaration” was made in a letter from Lord Balfour to Lord Rothschild.

This same Lord Rothschild was a member of the Zionist International Conference at Bazle, Switzerland in 1897 that adopted the Protocols.

This same Lord Rothschild was also a member of the British House of Lords that gave this huge wealth to Palestine Potash Ltd.

The Rothschild interests are at the head of political Zionism and they promoted the invasion of Palestine.

Their position in our government and financial system is such that they can bring about deflation and a third world war. 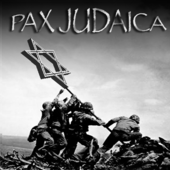 If Palestine has one fourth of its estimated mineral value it will enable the Zionists to control the destiny of the peoples of the world.

The Zionist invasion of Palestine is a gigantic steal and an infamous outrage against Christian civilization.

Under present circumstances it means a third world war and that the new state of Israeli will line up with the Bolsheviks.

The only way to avoid it and to assure permanent peace is to destroy the Rothschild agencies, – alias Zionist Wall Street.

It is indeed the best way to restore the solvency of our country and of the world, and to restore constitutional government.

2 min video clip Israel is an imperial outpost, an extension of Wall Street and the City of London in the Middle East. That's the origin of "Israel."
LAGenie Retweeted · Jake Morphonios @morphonios
7 hours ago
The Israeli Zionists will not easily relent on the treatment of the Palestinians unless all of us continue to rally the world against their oppression. https://t.co/2DUyOZRzW3
View on Twitter
11
0
LAGenie Retweeted · BDS movement @BDSmovement
1 day ago
Since 1967, Israel has been demolishing homes, and stealing land and water of Indigenous Palestinians in the Jordan Valley, de facto annexing most of the area to build illegal settlements and confining Palestinians who remain in shrinking enclaves. #SanctionsOnApartheid https://t.co/VoPAQMWq7r
View on Twitter