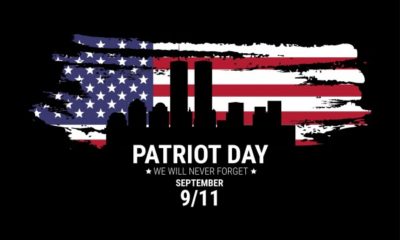 I found this article illuminating and thought provoking. The original article is long so I have excerpt a portion.

“We need a new vocabulary to speak of these terrible things. Let us learn, as Chief Joseph said, to speak with a straight tongue, and in language that doesn’t do the enemies work of mind control, but snaps the world awake to the truth of the mass murders of September 11, 2001 that have been used to massacre millions across the world.”

9/11. This is the key usage that has reverberated down the years around which the others revolve. It is an anomalous numerical designation applied to an historical event, and obviously also the emergency telephone number. Try to think of another numerical appellation for an important event in American history.

It’s impossible. But if you have a good historical sense, you will remember that the cornerstone for the Pentagon was lain on September 11, 1941, three months before the attack on Pearl Harbor, and that the CIA engineered a coup against the Allende government in Chile on Sept 11, 1973.

The linkage of the attacks to a permanent national emergency was thus subliminally introduced, as Keller mentioned Israel nine times and seven times compared the U.S. situation to that of Israel as a target for terrorists. His first sentence reads: “An Israeli response to America’s aptly dated wake-up call might well be, ‘Now you know.’”

By referring to September 11 as 9/11, an endless national emergency fear became wedded to an endless war on terror aimed at preventing Hitler-like terrorists from obliterating us with nuclear weapons that could create another ground zero or holocaust.

Mentioning Israel (“America is proud to be Israel’s closest ally and best friend in the world,” George W. Bush would tell the Israeli Knesset) so many times, Keller was not very subtly performing an act of legerdemain with multiple meanings.

By comparing the victims of the 11 September attacks to Israeli “victims,” he was implying, among other things, that the Israelis are innocent victims who are not involved in terrorism, but are terrorized by Palestinians, as Americans are terrorized by fanatical Muslims.

Palestinians/Al-Qaeda. Israel/U.S. Explicit and implicit parallels of the guilty and the innocent. Keller tells us who the real killers are. His use of the term 9/11 is a term that pushes all the right buttons, evoking unending social fear and anxiety. It is language as sorcery. It is propaganda at its best. Even well-respected critics of the U.S. government’s explanation use the term that has become a fixture of public consciousness through endless repetition.

As George W. Bush would later put it, as he connected Saddam Hussein to “9/11” and pushed for the Iraq war, “We don’t want the smoking gun to be a mushroom cloud.” All the ingredients for a linguistic mind-control smoothie had been blended.

I have concluded – and this is impossible to prove definitively because of the nature of such propagandistic techniques – that the use of all these words/numbers is part of a highly sophisticated linguistic mind-control campaign waged to create a narrative that has lodged in the minds of hundreds of millions of people and is very hard to dislodge.

It is why I don’t speak of “9/11” any more. I refer to those events as the attacks of September 11, 2001, which is a mouth-full and not easily digested in the age of Twitter and texting. But I am not sure how to be more succinct or how to undo the damage, except by writing what I have written here.

Lance deHaven-Smith puts it well in Conspiracy Theory in America.

The rapidity with which the new language of the war on terror appeared and took hold; the synergy between terms and their mutual connections to WW II nomenclatures; and above all the connections between many terms and the emergency motif of “9/11” and “9-1-1” – any one of these factors alone, but certainly all of them together – raise the possibility that work on this linguistic construct began long before 9/11….It turns out that elite political crime, even treason, may actually be official policy.

Needless to say, his use of the words “possibility” and “may” are in order when one sticks to strict empiricism. However, when one reads his full text, it is apparent to me that he considers these “coincidences” part of a conspiracy. I have also reached that conclusion. As Thoreau put in his underappreciated humorous way, “Some circumstantial evidence is very strong, as when you find a trout in the milk.”

The evidence for linguistic mind control, while the subject of this essay, does not stand alone, of course. It underpins the actual attacks of September 11 and the subsequent anthrax attacks that are linked.

The official explanations for these events by themselves do not stand up to elementary logic and are patently false, as proven by thousands of well-respected professional researchers from all walks of life – i.e. engineers, pilots, scientists, architects, and scholars from many disciplines (see the upcoming 9/11 Unmasked: An International Review Panel Investigation by David Ray Griffin and Elizabeth Woodworth, to be released September 11, 2018).

To paraphrase the prescient Vince Salandria, who said it long ago concerning the government’s assassination of President Kennedy, the attacks of 2001 are “a false mystery concealing state crimes.” If one objectively studies the 2001 attacks together with the language adopted to explain and preserve them in social memory, the “mystery” emerges from the realm of the unthinkable and becomes utterable. “There is no mystery.” The truth becomes obvious.

How to communicate this when the corporate mainstream media serve the function of the government’s mockingbird (as in Operation Mockingbird), repeating and repeating and repeating the same narrative in the same language; that is the difficult task we are faced with, but there are signs today that breakthroughs are occurring, as growing numbers of international academic scholars are pushing to incorporate the analysis of the official propaganda surrounding 11 September 2001 into their work within the academy, a turnabout from years of general silence.

And more and more people are coming to realize that the official lies about 11 September are the biggest example of fake news in this century. Fake news used to justify endless wars and the slaughter of so many innocents around the world.

Words have a power to enchant and mesmerize. Linguistic mind-control, especially when linked to traumatic events such as the September 11 and the anthrax attacks, can strike people dumb and blind. It often makes some subjects “unthinkable” and “unspeakable” (to quote Jim Douglass quoting Thomas Merton in JFK and the Unspeakable: the unspeakable “is the void that contradicts everything that is spoken even before the words are said.”).

We need a new vocabulary to speak of these terrible things. Let us learn, as Chief Joseph said, to speak with a straight tongue, and in language that doesn’t do the enemies work of mind control, but snaps the world awake to the truth of the mass murders of September 11, 2001 that have been used to massacre millions across the world.

LAGenie Retweeted · Nagy Abdelsalam @24nagyelshafie
16 hours ago
Never, ever, ever to name Israel as a state. Israel is a very systematic gang that follows the laws of predatory forest, supported by USA, Europe, and all Arab rulers because all of them are dictators and Zionist agents particularly M. Abbas, Sissi, M. Salman https://t.co/hMGRGaV0cc
View on Twitter
2
0
LAGenie @lagenie24
3 days ago
https://t.co/43i4t9YSaL https://t.co/RJj9xtimbZ
View on Twitter

1185
0
LAGenie Retweeted · Burning Flowers... @willwilla1
4 days ago
@danielmarans @fshakir @BernieSanders Everyone sees the writing on the wall. Get on board or get pitchforked, ur choice...
View on Twitter
1
0
LAGenie Retweeted · Chris Floyd @empireburlesque
4 days ago
My fellow Americans: You think you live in a free country? You don't. You live in an authoritarian ethno-state that's sending armed goons to impose its will on you. And these same goons will come for you if the vote goes the "wrong" way in November. https://t.co/p9xxQuo7Qe
View on Twitter
7
0
Follow @lagenie24