For the next 10 days Israel will be simulating war conditions with Hezbollah, in its largest military exercise in over 20 years. Although the exercise is based upon a Lebanese battlefield, the Syrian frontier is equally problematic, with Hezbollah and Iran embedded within Syrian regime positions.

After listening and speaking to some of Israel’s most trusted analysts on security and intelligence, visiting the Lebanese and Syrian borders, and speaking with active and reserve officers in the field, I am confident that Israel is deadly serious about challenging a permanent Iranian presence in Syria, Hezbollah aggression, and Iranian missile bases in Russian-protected areas.

Israel’s tacit agreement with Russia to avoid misunderstandings over Israeli military actions in Syria targeting weapons shipments bound for Hezbollah is now in jeopardy, in part because the Syrian situation has evolved in favor of Assad, Russia and most significantly Iran. Consideration for Israel’s security challenges doesn’t hold much weight anymore for the Russians.

Most significantly, the Trump administration has agreed to leave it to Russia to enforce a Syrian de-escalation agreement, which legitimizes a permanent Iranian presence in Syria.

According to the London-based Arab newspaper Asharq Al-Awsat, the United States acquiesced to an Iranian presence less than10 kilometers from the Israeli border in the Golan. This is a game changer. This will allow Iran and Hezbollah to strike Israel from Syria, while avoiding Israeli retaliation in Lebanon.

Gen. (ret.) Yossi Kuperwasser, former head of research in the IDF Military Intelligence division and director general of the Strategic Affairs Ministry wrote, “Iran almost assuredly wants to turn Syria into an Iranian military base… so that instead of threatening Israel from 1,300 kilometers away, the Iranian forces could sit on Israel’s doorstep. This would bring about a dramatic change in the nature of the threat Israel is facing.” 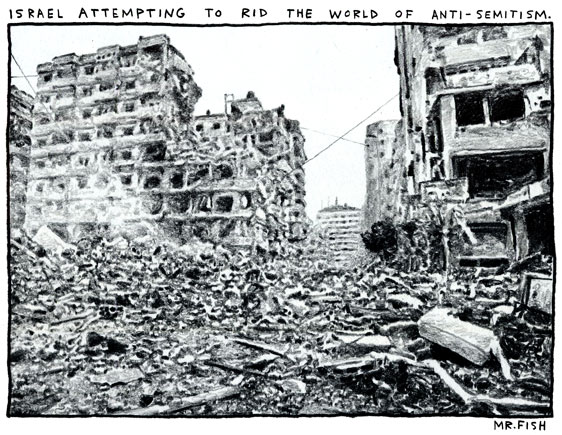 He also believes that Iran may also be considering moving nuclear development into the unmonitored Syrian frontier to avoid IAEA detection of violations in Iran.

Ten years ago Israel successfully destroyed a Syrian nuclear facility, so it is no stretch of the imagination to believe Israel would act again if its intelligence detected Iranian nuclear development in Syria.

An Israeli tipping point may have been reached, forcing Israel to either be resigned to a permanent Iranian presence in Syria or significantly increase its operations in Syria, potentially escalating into a wider regional war.

According to Yediot Aharonot, “Russia has reportedly stationed its advanced S-400 anti-missile defense system near an Iranian arms factory in Syria, which allegedly manufactures long-range guided missiles for Hezbollah.”

So will Russia use its S-400 anti-aircraft system against an IAF attack on its Shi’ite allies? A successful Israeli attack would require Israel to knock out any S-400 system defending the target.

As former head of the National Security Council Yaakov Amidror said, “At the end of the day it is our responsibility, not the responsibility of the Americans, or the Russians, to guarantee ourselves, and we will take all the measures that are needed for that.”

There is no doubt the Iranians will be testing Israel very soon, feeling secure that no one including the US will come to their aid. American resolve to stand by an essential ally will be severely tested, as many US allies will not choose Israel’s side if Israel acts.

The West mistakenly believes the imminent defeat of Islamic State (ISIS) will stabilize Syria and the surrounding region, but nothing could be further from the truth. ISIS with its offshoots will turn back to insurgency, while the Islamist Iranian victors solidify their land corridor to the Mediterranean.

The region could be ignited with a single match. That light could be a significant Israeli attack in Syria in response to the increased military transfers facilitated by a permanent Iranian presence, starting the engine toward a wider regional conflagration.

This is why Israel must prepare its American ally sooner rather than later to know that Israel may not be able to sit idly by while Iran’s uses its new base to transfer more and more powerful weaponry to Hezbollah.

Serious questions need to be asked and debated in Jerusalem and Washington.

• How will Jordan and the more moderate Sunni States be affected by the permanent Iranian presence in Syria? • How will Israeli actions affect US-Israeli relations? • To what extent will Russia actively participate beyond coordinating with Syria and Iran? • Would a third recertification of the JCPOA in October increase Iranian adventurism in Lebanon and Syria? The Iranian hegemonic expansion is not a new phenomenon, but a long and wellplanned one, as it tries to reproduce the glory days of the ancient Persian empires. Today’s territorial gains in Syria should be considered phase two, with phase one beginning 30 years ago when Iran sponsored Hezbollah.

Phase two began during the 2011 “Arab Winter” with US president Barack Obama’s withdrawal from the region creating the opportunity for Iran to move into both Syria and Iraq.

In the past few years, Hezbollah has grown from a formidable terrorist entity to effectively controlling all of the Lebanese government with terrorist proxies throughout the Middle East and South America, all under Iranian control.

What we do know is that Iran and Hezbollah’s permanent presence in Syria is dangerous for Israel, America and the West.

It is not too late for American diplomatic leadership to balance interests and turn down the heat, but that would mean America challenging Russian authority to make the rules in Syria and renegotiating the deal in Amman.

If the administration fails to act, Congress should take the lead, speaking clearly to the American people about how Iran’s newfound dominance in the region undermines American national security interests.

Expect the EU to be completely unhelpful, as it is blinded by the economic benefits of the JCPOA. It will bend over backwards to be on the side of Iran.

Which brings us back to Israel. It has already sent high-level security and intelligence teams to speak to the Trump administration warning it about the evolving danger in Syria.

An American commitment to back up Israel if Iran does not decrease its presence in Syria would actually decrease the chance for conflict, as knowing the red lines might make Iran think twice before challenging Israel or expanding further into the Golan.

The Trump Middle East Israeli-Palestinian peace team should also refocus their efforts away from the improbable quest for conflict resolution and get their head into the real game in the Middle East, Iranian control of Syria, one that could set the region on fire.