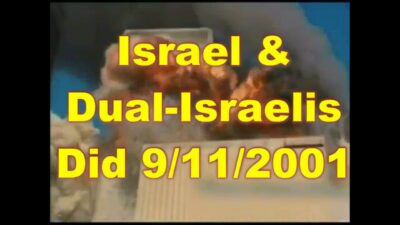 Zionism is the highest stage of imperialism, which is the third stage of the development of capitalism.

Its ultimate goal is hegemony over the world economies, using its control over the United States foreign policy.

Its continuous wars in the Middle East for more than half a century have aimed at controlling the world power house, the Arab oil, and consequently the Arab oil wealth, which is estimated at about $15 trillion by current oil prices (about $25 per barrel, in May 2002).

Zionism involves all the horrors that characterize this terrible stage of the development of capitalism. 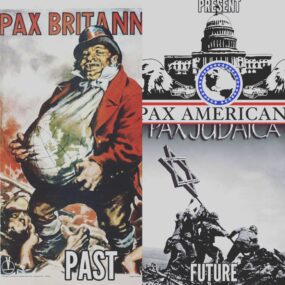 It is a combination of racism, greed, and exploitation.

It is in a continuous state of hunger for wars and thirst for oil.

As a result, a collective global effort is needed to contain it and rid the world of its terror.

[The Housing Committee began settling Israeli Jews in elegant Palestinian neighborhoods such as Qatamon and the German Colony.

It was not until September, however, that this policy was carried out systematically. 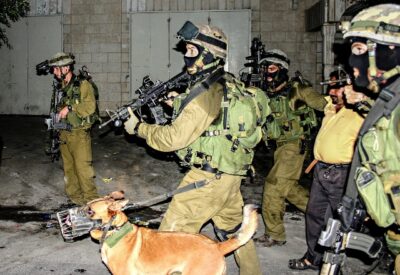 Native inhabitants of Palestine were massacred and chased out and it continues today in slow motion. A handful here, a handful there, each and every day. Sometimes fast motion when Israhell attacks full on and uses everything they’ve got. (from America).

New immigrants, the first category of Israelis to be settled, were housed in the German Colony, Qatamon, Baq’a, Musrara, Dayr Abu Tur, and Talbiyya.

Arnon Golan writes that the policy was not so much a result of the lack of alternative housing as a political strategy:

The population by Jews of former Arab neighborhoods was supposed to create facts on the ground, after which it would be difficult to alter them in the framework of a political agreement.

New immigrants, so very dependent, were the government’s and the Jewish Agency’s primary reserve for housing these neighborhoods.]

The basic notion of establishing imperial ties was prevalent among early Zionists. The basic idea was clear. As Moses Hess wrote in 1862 “The state the Jews would establish in the heart of the Middle East would serve Western imperial interests and at the same time help bring Western civilization to the backward East” (quoted in Morris, 1999, p. 15).

The role of Zionism within the British imperialist strategy was publicly recognized by Max Nordau, in a speech in 1919 in Albert Hall, London, before Arthur James Balfour and David Lloyd George: “We know what you expect from us. We shall have to be the guards of the Suez Canal. We shall have to be the sentinels of your way to India via the Near East. We are ready to fulfill this difficult military service, but it is essential to allow us to become a power in order to enable us to do our task” (Quoted in Netanyahu, 1941, p. 57).

The logic of British support for Zionism was spelled out by Winston Churchill, then a Conservative Cabinet minister,: “[A] Jewish state under the protection of the British Crown… would from every point of view be beneficial and would be especially in harmony with the truest interests of the British Empire”’ (Churchill, 1920, p. 5). T.E. Lawrence wrote in 1920 that “…any laying out of foundations of empire in Western Asia…to a very large extent must stand or fall by the course of the Zionist effort…”(quoted in Mack, 1976, p. 253).

LAGenie Retweeted · Press TV @PressTV
2 days ago
Palestinian teen loses his eye after being shot by Israeli forces in occupied West Bank
https://t.co/Y7afIgmVKv
View on Twitter
357
0
LAGenie @lagenie24
3 days ago
18 Reasons I Won't Be Getting a Covid Vaccine
Johnson and Johnson Has Paid $BILLIONS in Criminal Settlements and Never Produced a Vaccine Before – Why Would We Trust Them for a New Experimental COVID Vaccine?

https://t.co/UYPusH2kyu
View on Twitter
0
0
LAGenie Retweeted · Caitlin Johnstone ⏳ @caitoz
7 days ago
Everything the western world believes about itself and its values is invalidated by its treatment of Julian Assange.
View on Twitter
1174
0
LAGenie Retweeted · Stop the War @STWuk
7 days ago
This Thursday's meeting will relaunch @STWUK in #Coventry. You are invited to join the meeting and work for an end to Yemeni people's suffering.

-Wife of Osama Mansour, killed today by UK-armed Israeli forces. https://t.co/3IfELPeHcJ
View on Twitter
1069
0
Follow @lagenie24
The true face of "Israel" is one of genocide, ethnic cleansing, land theft, terrorism, human trafficking, racism, torture and supremacism. Anyone who identifies themselves as "pro-Israel" is praising evil.